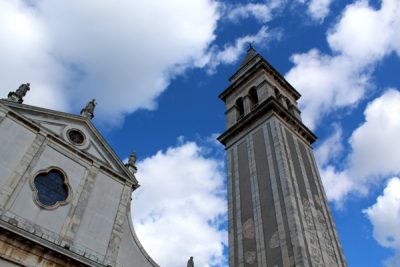 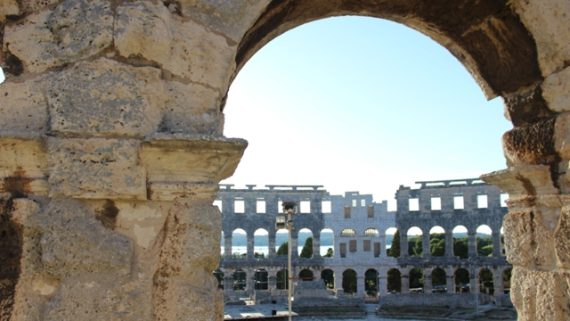 DAY 1
Make your way to Pula, a major Istrian city, to meet your crew and check in to your private accommodation. Overnight.

DAY 2 – PREHISTORY
After breakfast, a great and exciting bicycle adventure will take us back to the ancient times when dinosaurs walked on the Istrian peninsula. Continue cycling to Kamenjak, the protected area of the peninsula. Touring past sandy and rocky beaches to the south of the peninsula to see the remains of the dinosaurs’ traces. An opportunity to view the reconstruction of the first inhabitants of the peninsula in real size. A visit to a local family winery for wine tasting and great local specialties such as cheese, ham and sausage. Cycle back to Pula, take a break in the afternoon to explore the city or stay at one of its beautiful local beaches to enjoy the evening sun. Overnight in Pula.

After breakfast, organised transfer will take us to the nearby town of Bale, a place of untouched nature and rich cultural and historical heritage, which fascinates visitors with its architecture, picturesque streets and churches. It is in the area of Bale that the bones of dinosaurs were found and it is assumed that in this area there were about ten species of dinosaurs, among them the largest ones that existed on the Earth – brachiosaurus. A visit to the Dinosaur Museum is yet another great opportunity to see the remains of these ancient rulers of the world. Upon strolling along the rocky town of Bale, pedalling to Rovinj to enjoy the natural beauties of the region and the unique pleasures of the last true romantic town of the Mediterranean. Return transfer to Pula, overnight.

After breakfast, an adrenal return to the age of prehistory and antiquity by both walking and cycling to tour the most significant monuments of Pula, using virtual reality glasses. The first stop at a large 1st century Roman amphitheatre, the most representative monument of the city of Pula, popularly called the Arena of Pula, which was once the site of gladiator fights. View of the Arena, the basement, and the City Walls whose parts have been preserved until today. Next stop at the most prominent gates, Twin Gates of the city, which is also the entrance to the Archaeological Museum of Istria. Below Pula is an underground tunnel world stretching almost across entire Pula, known as Zerostrasse. Next continue to the Gate of Hercules, the architectonically simplest and modest gate, and the oldest gate in Pula. The Triumphal Arch of the Sergi in Pula, best known as the Golden Gate, is yet another superb architectural achievement of the Late Hellenistic Roman building. It was erected by a powerful Roman family who had maintained its power and glory through centuries. A next stop at the Small Roman Theatre, the smallest of the three theatres of ancient Pula, whose remains have been preserved until today. The external tour of “Kastel”, a medieval Venetian fort on the central hill of Pula, with a panoramic view of the city, which today houses the Historical and Maritime Museum of Istria. Ultimately, visit to the Roman Forum, the main square of classical and medieval Pula, situated at the foot of the central hill.

After breakfast, organised transfer takes us to Kloštar. A bicycle ride through the Kontia forest along the coastline, via Plava and Zelena Laguna, to the direction of Poreč. A walking tour of the historic town of Poreč, one of the most popular tourist destinations on the Croatian side of the Adriatic. Poreč, along with Pula, was the first Roman colony in Istria. It has still preserved the same street layout of the Old Town as in the antiquity, as well as the ruins of its Roman temple. The Euphrasian Basilica Complex is the UNESCO World Heritage site, with its world known Byzantine mosaics and remains of an older Early Christian church. Basilica is an excellent example of early Byzantine architecture in the Mediterranean region. In the afternoon, accommodation in 3 or 4-star hotels in Poreč.

Return to the Middle Ages. An organised transfer to Pazin, proud of its beautiful Church of St. Nicholas. Next is a tour around Pazinski Kastel, the largest and best-preserved fort in Istria and a walking tour to Beram. A great opportunity to see the most famous Istrian fresco ”The Dance of Death”, located in the picturesque Church of St. Mary of the Rocks in the woods outside Beram. Another organised transfer to the medieval town of Motovun, best preserved urban complex of medieval Istria and a home to a world-class film festival. Enjoy the dominant location of the town with its sweeping and breath-taking views of the surrounding area and a rich traditional lunch with local truffles. Continue riding along the cycling track, once known as the railway “Parenzana” back to Poreč.

Transfer to Fažana, a picturesque fishing village of rich history dating back to Roman times. Its shore provides a view of the beautiful islands of Brijuni. Apart from being the national park, Brijuni are described as the heaven on earth, with lavish flora and fauna. A boat cruise to the National Park, a visit to Veliki Brijun, the largest island of the archipelago, which the Austrian industrialist P. Kupelweisser turned at the end of the 19th century into the elite summer resort visited by numerous world stars. The sightseeing of Brijuni includes a one-hour ride by tourist train to the Verige Bay. The remains of the villa in the Verige Bay is the most important example of the Roman country-style architecture in Istria, which stretches for almost a kilometre. A tour of the safari park with wild and exotic animals like zebras, camels, Indian cattle and blades in the open air, as well as exhibitions of photographs “Tito on Brijuni”, the Archaeological Museum and the Church of St. Germain from the 15th century. A cycling ride back to Pula, along the beautiful coastline, an oasis of landscapes and defensive medieval architecture.

Breakfast. Say farewell to your crew and fellow guests as you disembark at Pula.

Departure point
Pick up from your hotel in Trieste or from the main bus station in Trieste. Transfer from Trieste to Muggia. Cycling start in Muggia. 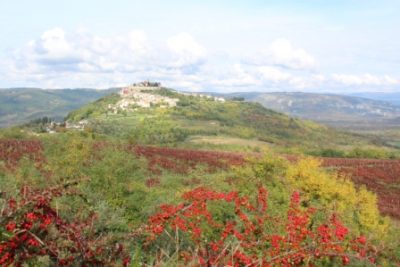 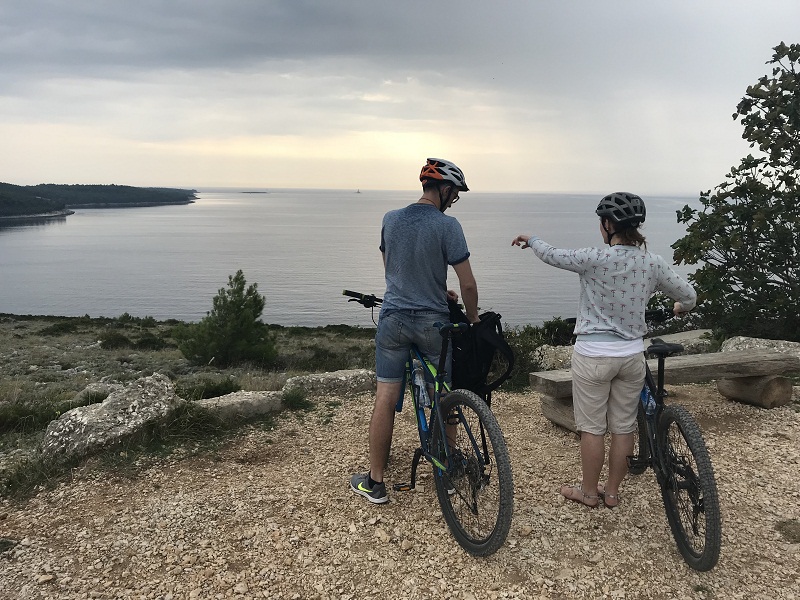 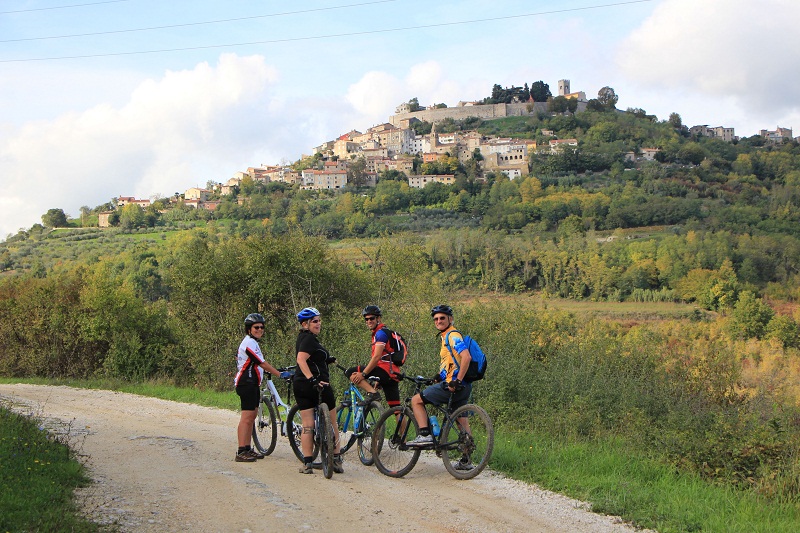 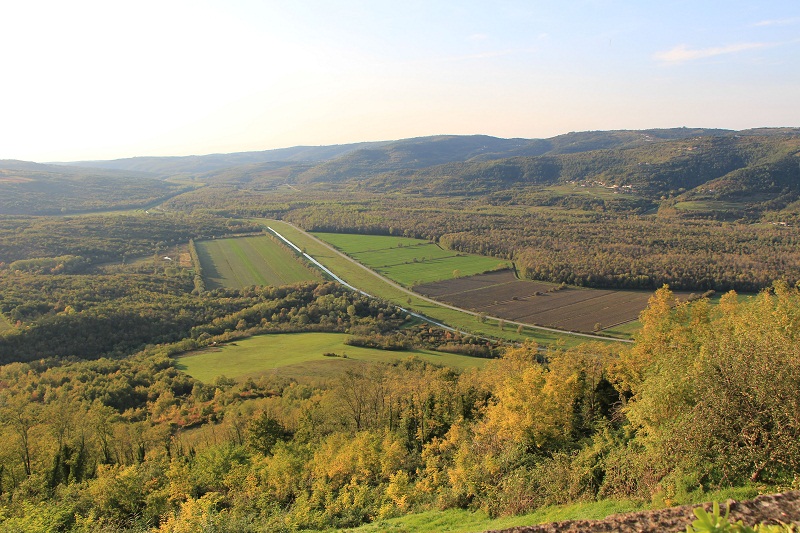 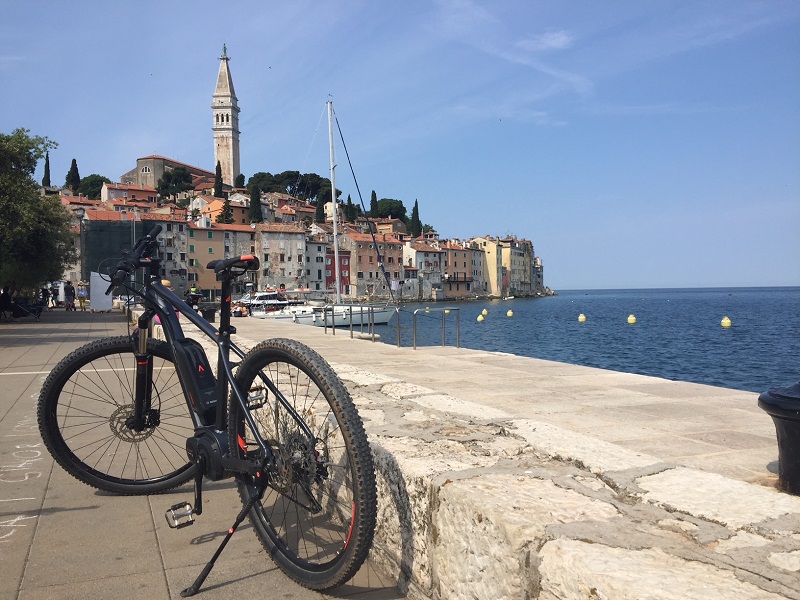 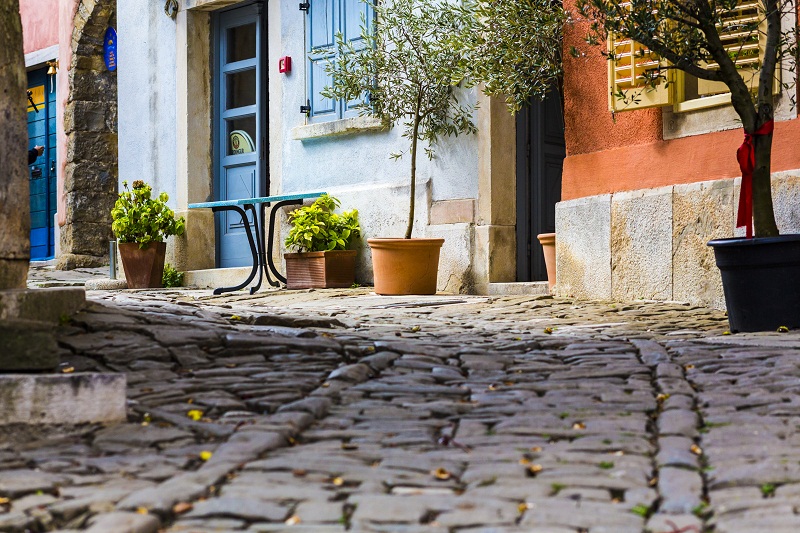 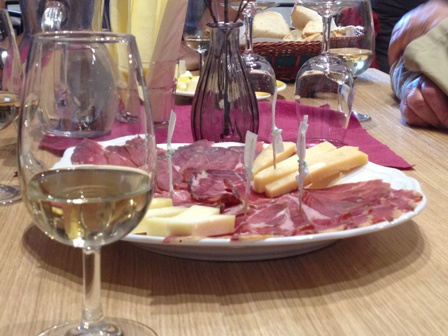 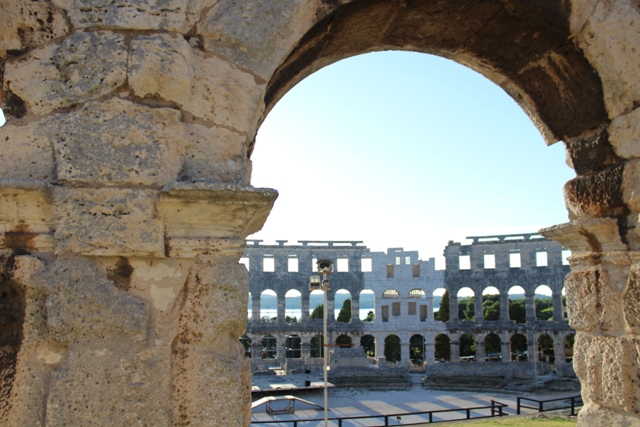 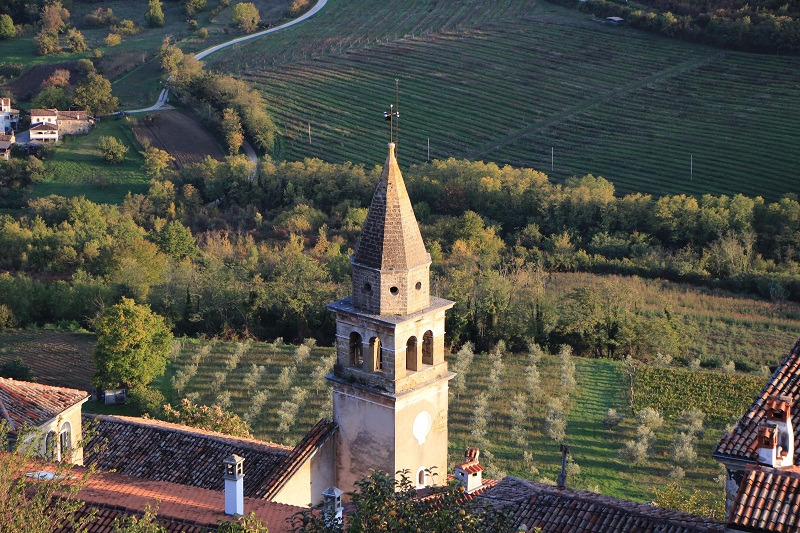 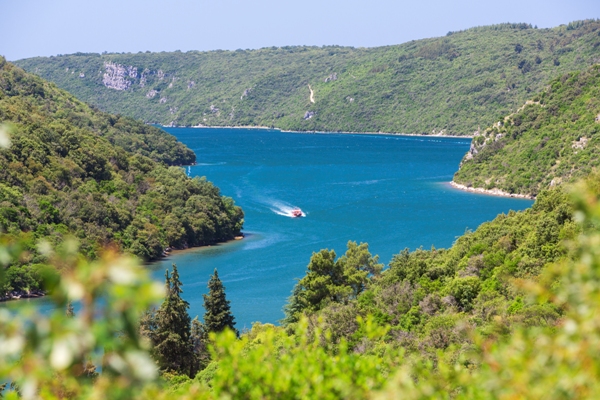